The participants will be mentored by more than 20 highly experienced executives from Munich Re. The mentors are selected for their seniority and knowledge in the particular vertical of each startup. Spain
Joaquin heads the Hogan Lovells Insurance and Product Liability team in the Hogan Lovells Madrid office, a 'Tier One team' during the last three consecutive years according to both Chambers & Partners and Legal 500. He is considered a key legal expert within the insurance industry, rendering corporate, regulatory and contentious advice to its clients since 1993. Joaquin is Professor of Private Law in the University Pontificia Comillas (ICADE), author of different books and studies on Tort Law and Insurance matters and a regular speaker on insurance and reinsurance and product liability forums. Partner at Anthemis Group, Board Member at Quantemplate

Switzerland
Yann brings in-depth knowledge of the trends shaping financial services innovation as well as the startups addressing those and has international experience in a broad range of financial services. He contributes to the Principal Investment activities as well as advisory service. Prior to joining Anthemis, Yann worked as a consultant at Kurt Salmon in New York in various sectors: retail banking, private banking, capital markets, custody and fund administration and lead the financial services innovation activity in the US. He worked previously in Luxembourg and France. Yann has a Master’s degree from french business school ESCP Europe. United Kingdom
Jennyfer is Partner Engagement Manager for Munich Re Digital Partners, leading the European engagement with Insurtech start-ups. Digital Partners is a global business working with, and investing in, start-ups, with the ambition of building a more engaged proposition for insurance customers. Jennyfer worked in the captive industry in Dublin for 10 years, sitting on the board of the Michelin captives, before joining Munich Re. She worked in Munich Re Singapore and Toronto, where she led the Innovation team focussed on sharing economies, before joining Digital Partners. United Kingdom
Cambridge graduate who started a career in law and used it as a launching pad into top management at one of the world’s leading insurance brokers. Robin changed career in 2000 to co-found and run RI3K whose proposition was to build “e-Lloyds” and digitise the reinsurance and specialty markets. Now he works as an independent consultant and advisor in the Insurtech space advising new entrants on strategy and acting as a dating agent between new and old worlds for all things innovative. In 2015 he co-founded InsTech London, an InsurTech community designed to bring together innovators, incumbents and investors. InsTech has over 1800 members and is among the most active InsurTech networks in the world. United Kingdom
Ingenin is a multi-award winning innovation consultancy created to help insurers grow their businesses through the adoption of disruptive technologies and innovative business models. Manjit is an innovative and creative thinker with a strong understanding of trends, developments and issues in the insurance sector and widely considered an expert and thought leader on technology based innovation in the insurance sector. A seasoned senior executive with a proven track record of management success in both start-up and corporate arena’s and over 25 years experience. He has created a number of start-ups as well as working for large corporates such as AXA Insurance where he was recruited to help create the AXA Innovation Hub. Sweden
Mathilda joined BIMA in 2011. As Head of Business Development, she is instrumental in driving BIMA's rapid expansion, as well as overseeing the development of new partnerships and products. Mathilda is acknowledged as an expert in the field of mobile delivered services and is a champion for the microinsurance industry worldwide. Before joining BIMA, Mathilda worked for Value Partners (formerly Spectrum Strategy Consultants), where she gained vast experience in developing corporate strategy and managing complex projects within the Telecoms and Media sectors. 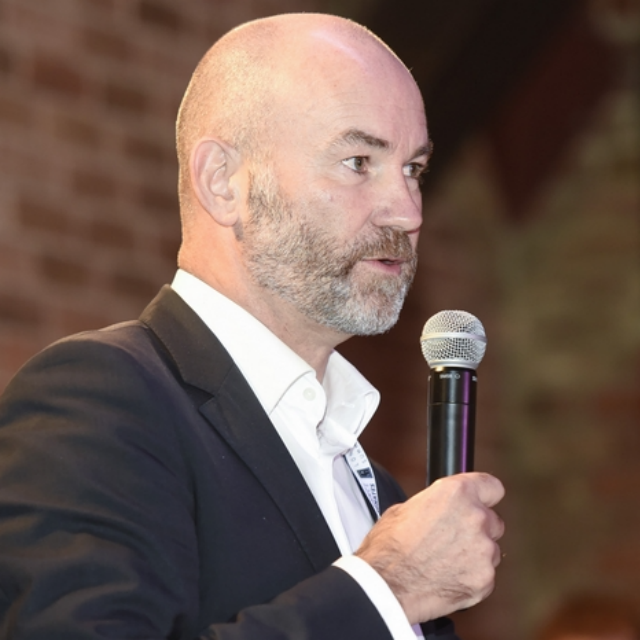 United Kingdom
Rick is the head of the European business for The Digital Insurer. This is an online forum for digital innovation in the global insurance marketplace. Rick is a sales expert with a passion for working with tech startups, digital disruption and the consumerisation of technology. He has a background of 35 years corporate experience in Sales, Management and Operations and over a decade of experience selling technology solutions into the insurance and banking sectors in the UK, Europe, US and Asia. His belief in the power of social, connections, disruption and innovation led to him quitting his job to live life as an entrepreneur. Ricks interviews, research and analysis on InsurTech can be found at www.dailyfintech.com. Brazil
Pieter is founder and CEO of EscolherSeguro, the premier online insurance brokerage in Brazil. After founding EscolherSeguro in 2009 he led the company through 2 fundraising rounds and the eventual sale to Banco Brasil Plural, an investment bank with retail brokerage operations. As CEO Pieter oversaw IT development, insurer relations and fundraising. Prior to founding EscolherSeguro, Pieter was a senior manager in McKinsey's financial institutions practice in Europe and South America, focusing on strategy, corporate finance and risk management for banks and insurers. Pieter holds and MBA from INSEAD. Pieter is also involved as a mentor at AceleraTech, one of Brazil's leading accelerators. Sweden
Gustaf has been CEO at BIMA since the company’s formation. He has played a hands-on role in transforming BIMA from a small pilot scheme, into a high-growth, international business. Gustaf is responsible for strategy development and overseeing investor relations. Gustaf Agartson previously worked in management roles at the pan-European telecommunications company Tele2, including positions as Mobile Product Manager for Tele2 Netherlands and Head of Controlling for the Tele2 Global Sales and Marketing unit. Gustaf holds a Masters from the Royal Institute of Technology in Stockholm and a Bachelor in Business Administration from Stockholm Business School. United Kingdom
Pierre-Pascal is Business Development Executive at Fadata. The company helps insurers modernize their core systems across Life, Non-Life and Health Insurance, through its’ leading platform, INSIS. Pierre has 10 years industry experience in international sales, covering and working from various European countries. He strongly believes that social media is a powerful tool to nurture customers and prospects. In 2016, he was acknowledged among the top 100 #insurtech influencers on Twitter, according to Onalytica. Pierre-Pascal holds a master’s degree in Business and Administration at the University of Geneva, Switzerland Germany
Sebastian is co-founder of Friendsurance. He studied law in Germany and Hong Kong and Chinese in Beijing. After his studies Sebastian analysed the political and human rights situation in Iran as member of the German Embassy in Tehran, hunted white-collar criminals during his time at the Department of Public Prosecution in Frankfurt and eventually joined the private equity group of an international law firm. Sebastian likes disruptive business models. Spain
Sergio has spent years bridging the designer-developer divide and making products to improve the way that decisions are made. He has a background in computer science and currently researches data visualization, information design, and interface design with a special focus on data interaction. In 2009, Sergio co-founded Vizzuality (vizzuality.com), with offices in Madrid and New York. At Vizzuality, he had the pleasure of working with clients like, Google, NASA, The WSJ, Oxford University, on projects that really matter. In 2014, Sergio was selected Top Innovator under 35 in Spain by MIT Technology Review. Spain
Elena is the CEO of Preminen, a joint venture between Admiral Group and Mapfre to expand online platforms that educate and bring trust to the insurance industry. A serial entrepreneur in online insurance, Elena founded Rastreator.com in 2008, the first Spanish insurance comparison site backed by the Admiral Group. Elena holds an MBA from IESE Business School and a BBA from CUNEF. Netherlands
Self-taught developer, has always been passionate about technology. At the age of 24, he has already built two internet ventures and he currently is the Managing Director of source{d}, an AI-driven developer recruitment company based in Madrid, London and Berlin. Eiso wants to disrupt tech-recruitment through the analysis of open source projects and code contributions. 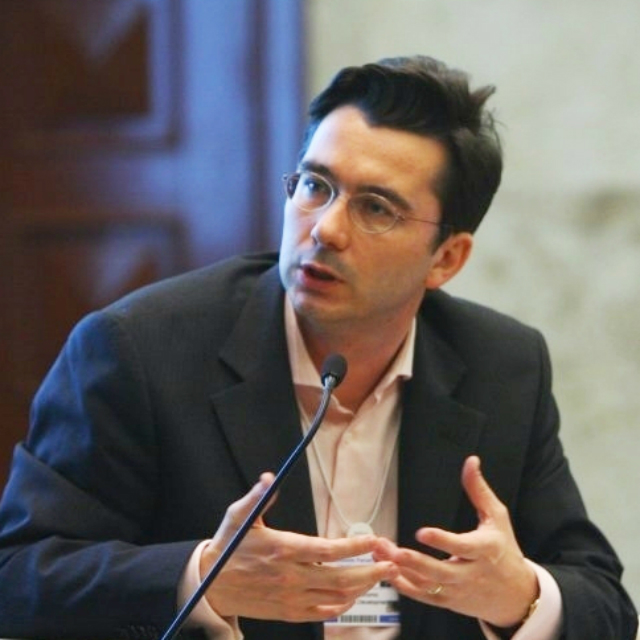 Spain
Javier is the founder of Club Mundi, a non profit organization that groups all the top executive spaniards in the world, working in multinationals and in foreign countries (500 in 35 countries) and also foreign top professionals linked with Spain. He is a key contributor to the entrepreneurial ecosystem in Spain, where he has founded initiatives like Startup Spain. He also founded Talentum Startups and the Amerigo VC funds during his time in Telefónica, while also contributing to the launch of the Wayra accelerator program in Europe and in latin America. Javier´s expertise on innovation allows him to foresee disruptive changes and innovation opportunities in traditional fields like insurance, or in hotels and finance where he has been working with the executive committees and CEOs of NH Hotels (Madrid) or Amundi (Paris). VP of Capital at Lepe Partners

Spain
Itxaso del Palacio is the VP of Capital at Lepe Partners. As an Investment Director, she is responsible for building the portfolio of Lepe Capital, through the due diligence to execute the investments and working with the companies in the portfolio. Before Lepe, Itxaso worked as an early stage investor at EC1 Capital, responsible for deal flow across sectors. 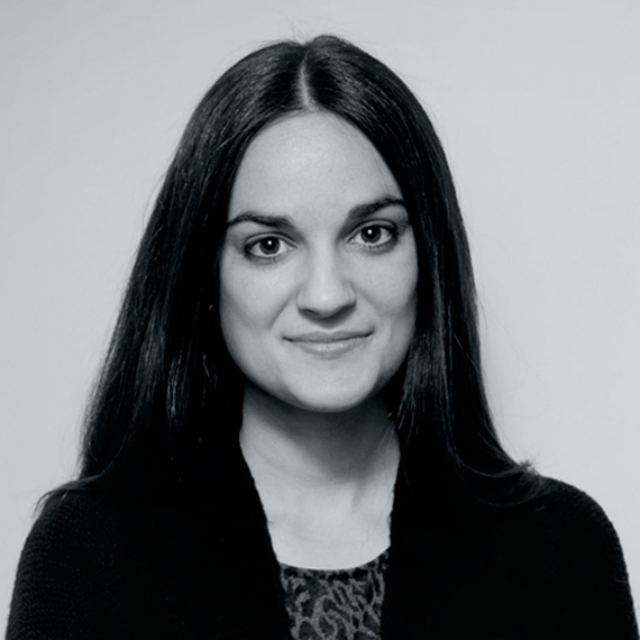 Spain
Rocío is Principal at Adara Ventures, an early-stage venture capital firm. She joined the investment team in 2013. Before Adara, Rocío worked at Société Générale Corporate & Investment Banking (SGCIB) within the Sales and Trading department, in the New York and Hong Kong offices. Previously, Rocío worked in France in the security field, both as a consultant and as an engineer. She is also founder of club-mba.com, the leading website in Spanish providing services for applicants to MBA and other graduate programs. Rocío holds an MBA from The University of Chicago Booth School of Business, an engineering degree in Computer Science from the UPM and the École Nationale Supérieure d'Informatique et de Mathématiques Appliquées. Spain
Francisco founded Axon Partners Group in 2006 and has been the company’s CEO since then. He is Managing Director of Investment and Corporate Divisions and also leads projects for Consulting Division. Francisco has more than 18 years of experience in Venture Capital, Private Equity, Finance and Consulting. Among others, he has been involved in 5 Private Equity funds and more than 20 large M&A transactions worldwide and three IPOs. He has invested and managed more than 100M USD and he has vast business experience in the digital economy sector. Spain
Alejandro is the Founder & CEO of Spotahome. Since its launch in 2014, and with no outside investment other than a small FFF round, Spotahome has: Closed rental contracts valued at €2 million with 100,000 nights booked in seven cities in Spain and Italy, with plans to open in more countries soon; Checked over 10,000 rooms in person across seven cities; Served more than 76 nationalities who have booked through Spotahome; Grown to a team of 30 people, and achieved average weekly revenue growth of 15%. Ireland
Joe Haslam is the Executive Director of the Owners & Managers Program at the IE Business School in Madrid. In the MBA program, he teaches an elective called Trillion Dollar Challenges which focuses on Exponential technologies. He is also a mentor in the IE Venture lab. From Ireland, Joe has cofounded a number of startups going back to 1998. He is the Chairman and cofounder of Hot.es, a mobile only last minute hotel booking App that was part of the Techstars Boston Summer Program in 2015. He is an investor and on the board of Gaspay.com. As a non profit, he sits on the advisory board of StartupDublin.com. Spain
Javier Sirvent know as the "Technology Evangelist"; is a visionary that "link" things between science and technology. Author of several industrial patents and founder of companies (Nowadays creating 3 new companies and helping others as an innovation consultant). Constantly in contact with investors and clients. He works "mixing" wearables and IoT, and developing businesses that use artificial intelligence and/or Big Data.